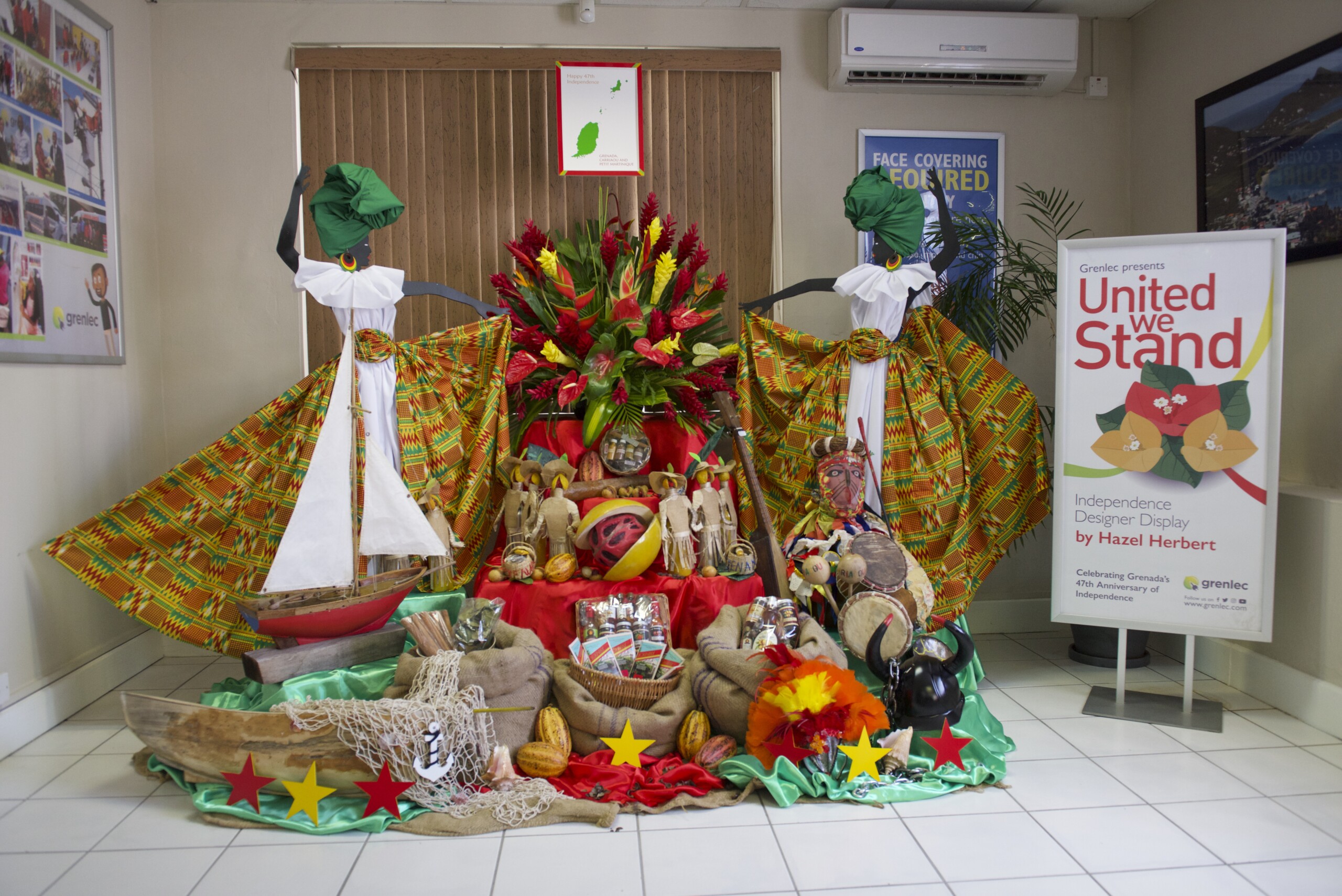 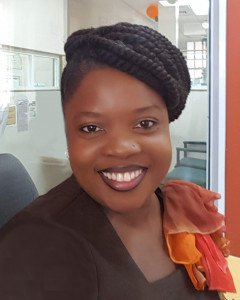 Interior design and decorating have always been a passion and dream for Hazel Herbert-Green-Antoine. She has done backdrops and designs at national events such as Carnival Queen Show, and special events.
In her display at Grenlec’s Carriacou Customer Care Centre, Hazel wanted to highlight the rich culture and heritage of Carriacou and Petite Martinique. The display features silhouettes of big drum dancers, elements of boat building, boat launching and Shakespeare Mas.
The seven stars and the nutmeg at the centre of the display represent the three islands, while the people holding hands show that we are all connected and stand together in unity. Hazel was assisted by Mary Noel and has utilised material produced by many Grenadian artists and artisans. 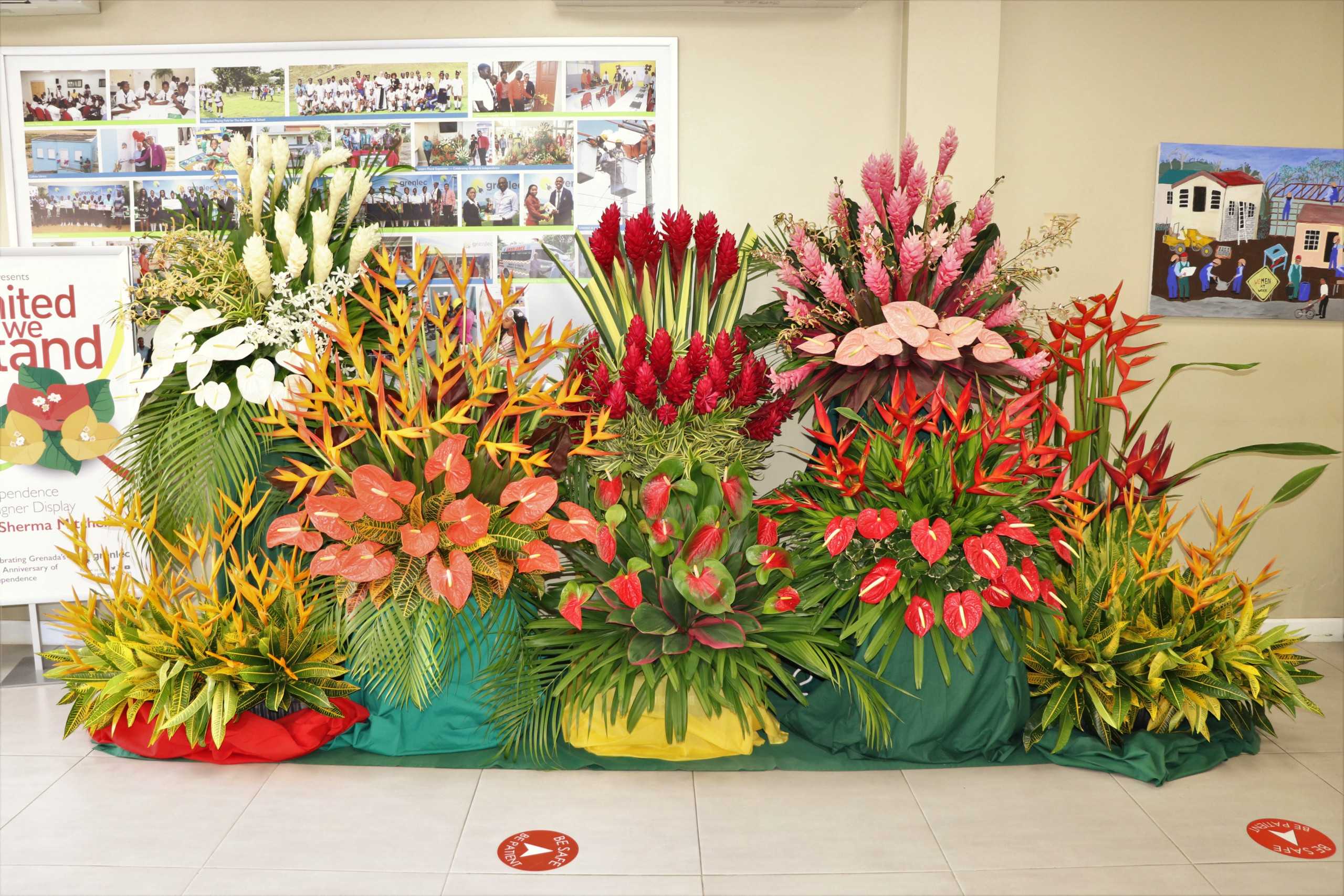 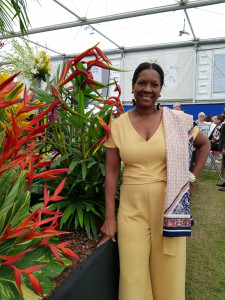 Sherma Mitchell is a member of the Grenada team, that exhibits at the Chelsea Flower Show. As the Head Floral Arranger, every year, she looks forward to digging deep into her creativity to design fantastic floral arrangements to showcase Grenada’ s beautiful blooms.
She has also presented outstanding floral art displays over the years in Grenlec’s Independence Lantern Floral Exposition. Day to day, she is a florist, who tries to bring joy to people celebrating milestones in their lives.
Sherma’s inspiration comes from nature and she admires the many vivid colours of the flowers that we grow in Grenada. Flowers are most beautiful when they are displayed in clusters and this is highlighted throughout the display at the Grenville Customer Care Centre. The display represents the brightness of our flag and the beauty of our people. 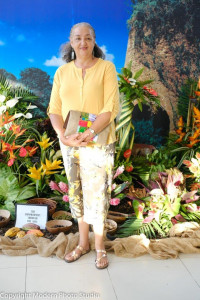 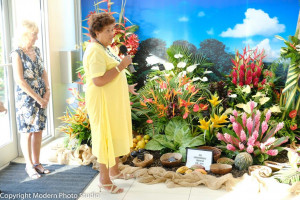 June Church and Hillary McNeilly are both members of Floral Conceptions, the team that produced the Grenlec Lantern Floral Exposition.
Among her many interests and talents, June is a floral decorator and artist. She enjoys using items that appear in nature in her creative process.
Hillary is a former member of the Horticultural Society of Grenada and played a pivotal role in staging several flower and garden shows. She is a member of the Orchid Circle and managed their last show in 2019. Hillary was also part of the team that staged a floral display, at the Parliament Building, in honour of the Duke and Duchess of Cornwall when they visited Grenada.
Although Grenlec could only allocate a very small space at its Bruce Street location, Hillary and June have used it to bring our nation’s history and spirit to life. The display features artwork by June Church and Elizabeth Lander highlighting historic houses and sites around Grenada including a house on Chapel Road in Grenville, the Sendall Tunnel and part of Fort Frederick. Hillary and June’s display showcases historic Grenada in the artwork and brings to life the national colours in the floral arrangement using anthuriums and green vegetation. 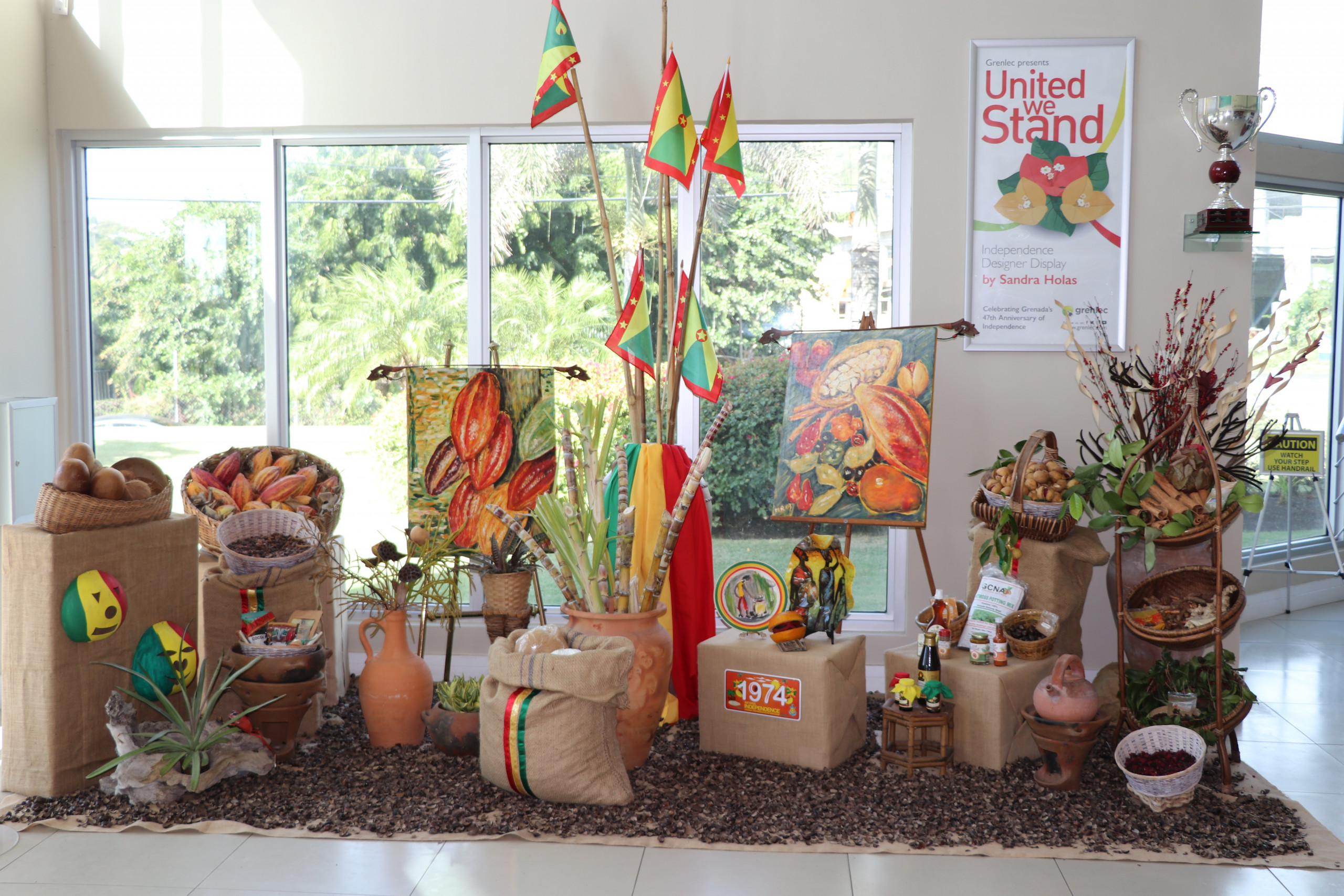 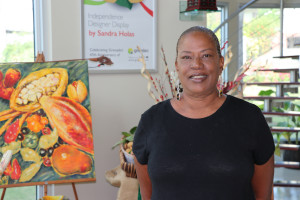 Sandra Holas has been involved in the creative field for over 10 years. She is an interior and environmental designer, who has worked on commercial and residential projects, including decorations for corporate events, stage design for the performing arts and event planning.
For the “United We Stand” display at Grenlec’s Head Office, Sandra wanted to highlight agriculture—taking a look at where we were, to where we are now. The display incorporates historic products like cocoa balls and nutmeg jam—together with more recently developed Grenadian products such as chocolate and potting mix soil. The display also features a large nutmeg, which is actually a jewelry box made by Carlos and Talitho Gittens of Urbane Woodz and fabric flowers by Mandy Matthews. Sandra was assisted by Cindy Matthews.